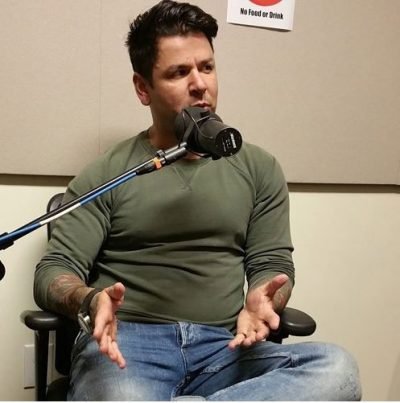 Chris Angelus of Portland Food Adventures has been pulling in more big name guests for his Right at the Fork podcast. Micah Camden of Little Big Burger fame and Blue Star Donuts, was pretty interesting, living up to all the rumors I’ve heard about him over the years.

While I wanted to hear Micah talk about the $14 million dollar lawsuit from former employees of Little Big Burger over unpaid overtime wages, his attorneys advised him against it. He said: “I want so badly to just unleash what I know about everything…. This building is in the shadow of my attorneys… they’re looking down at this building saying ‘please to God, don’t say anything…”  …”We basically just paid what it would have cost to take us to court to shut them [the litigants] down [$675,000]… When you get bigger, you get a bigger bullseye painted on your back.”

Some other choice bits:

His relationship Kurt Huffman of Chefstable — “Everyone in this industry is so small and so convoluted and so incestouous, everybody has dirty laundry on everybody else. So if everybody is holding nuclear codes, there is a certain respect built”. He says that Huffman regrets not getting into Blue Star Donuts after Micah offered him a partnership, but thought “$3 donuts won’t sell”. Now Micah Camden has “just turned down $22 million for the company [Blue Star]”, because once he’d figure in taxes and split the profit with his partner, it wasn’t worth it.

As to when he started out: “I walked out of my 10th grade class and gave them the finger. I had no GED, no secondary education… I’m an ex-felon.  You know I spent nine months in prison. I thought I was smarter than the system when I was younger, and I did stupid fraud shit”.

What is next for Micah Camden? He is working on a new idea, and says he just left Dallas after meeting with venture capital firms. I didn’t find him to be particularly likeable, but it’s an interesting conversation.