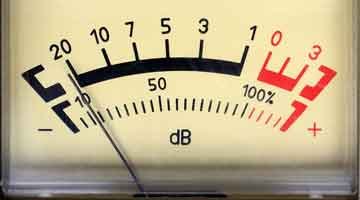 Does it seem like more and more restaurants are so loud that conversation is next to impossible? Believe it or not, this trend is frequently by design.

Studies have shown that people increase their rate of chewing by about 1/3rd when listening to faster/louder music, and that men tend to drink faster when the music is booming – I know I do; I want the get out of the damn place!

According to Grub Street,

… But ask any weary gastronaut about the single most disruptive restaurant trend over the past decade or so, and they’ll give you a succinct, one-sentence answer. It’s the noise, stupid. When I began reviewing restaurants over a decade ago, we critics whiled away our days in hushed, cocooned dining rooms, quietly noting the lightness of this or that soufflé in our little leather chapbooks. Not anymore. These days, some professional eaters carry decibel meters with them on their rounds (Robert Sietsema, formerly of The Village Voice and now with Eater, uses two of them). Noise levels in city restaurants are regularly measured at 90 decibels and sometimes higher (Lavo, in midtown, was measured at 96 decibels, louder than the whine of a suburban lawn mower), which means that for those of us whose job it is to eat for a living, hearing loss is officially an occupational hazard, like choking on a chicken bone or suffering a cataclysmic heart attack.

It is my guess that the cost of designing a restaurant with better acoustics or retrofitting one with sound-absorbing features is significant. Still, the same article also says that “Others are promising to turn down the volume because repeated exposure to the deafening decibel levels threatens to damage the hearing of their waiters and cooks”.

I’m getting older, so maybe it’s just me, but there are times when, leaving a restaurant, I feel more relaxed when I walk out the door. Ava Genes and Tasty n Alder come to mind, but there are many others. Am I the only one?

Previous Post: « If I Should Fall Behind
Next Post: Big Changes are Afoot for the 2013 Oregon Brewers Festival »