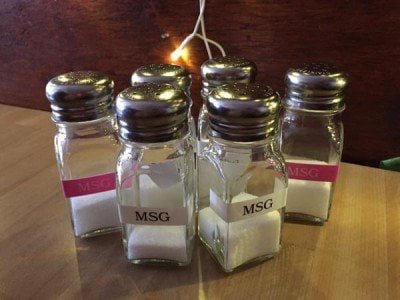 Monosodium glutamate, or MSG, is a type of sodium salt, a naturally-occurring non-essential amino acid. For years it has been used as a food enhancer, which gives a umami taste that intensifies meaty, savory flavors. For years it was commonly used in restaurants, but most stopped after the salt reports that large doses can cause headaches and other types of discomfort – though in controlled studies scientists haven’t been able to find a link. Because of these rumors, usage has fallen over the years, even in Chinese and Japanese restaurants where it used to be a mainstay in the kitchen.

The problem is that MSG really works. The taste of stews and other savory dishes was enhanced by the flavoring. It has never been banned – the FDA considers it “generally recognized as safe”, and even the picky European Union classifies it as a “food additive permitted in certain foods, subject to quantitative limits”. Many packaged foods contain it. Last April, Sean Morrow with the Munchies website added it to everything he ate for a week, without out adverse health effects. Now, it has become part of a new food trend, bringing it back to restaurant tables in salt shaker form.

Of course a few restaurants don’t make a trend, but it will be interesting to see if it makes a comeback. I, for one, would use it on my food.