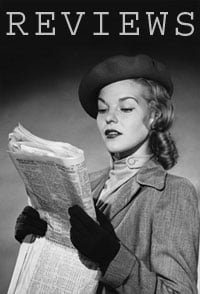 Daniel Mondok, most recently of Genoa (closed), Paulee (closed), Sel Gris (closed), June (closed), Olea (closed), and Carlyle (closed), has taken a job at Swank & Swine. (Note that I may have missed some restaurants on that list, but does anyone notice anything in common?)

Portland Monthly has sort of a review of Swank & Swine that isn’t exactly a rave, saying “A few of his signatures from past gigs grace the menu: spicy Salt and Pepper Calamari (still good, but not quite as crisp as it was five years ago) and a breakfast-for-dinner plate of sweetbreads, fried aebleskiver balls with runny egg yolks, and bacon-maple syrup from his Sel Gris days. Early tastes of Mondok’s new plates aren’t as winning. A salad of apricots, green strawberries and black olives is a discordant mix of a salt and acid. Meanwhile, the Hamachi “pho,” with grilled wedges of dry yellowtail collar on a bed of squid-ink pasta in cream sauce, needs to head back to the drawing board.” (emphasis theirs)

Kenny Giambalvo, executive chef at McMenamins’ Edgefield Black Rabbit Restaurant, is leaving for the dreaded “to spend more time with his family”. You may remember Kenny as executive chef at Bluehour restaurant, or, if you’ve been around a really long time, the ill-fated, over-branded Balvo, which is now 23Hoyt.