The owners of The Old Gold and Paydirt have announced a third bar, Tough Luck 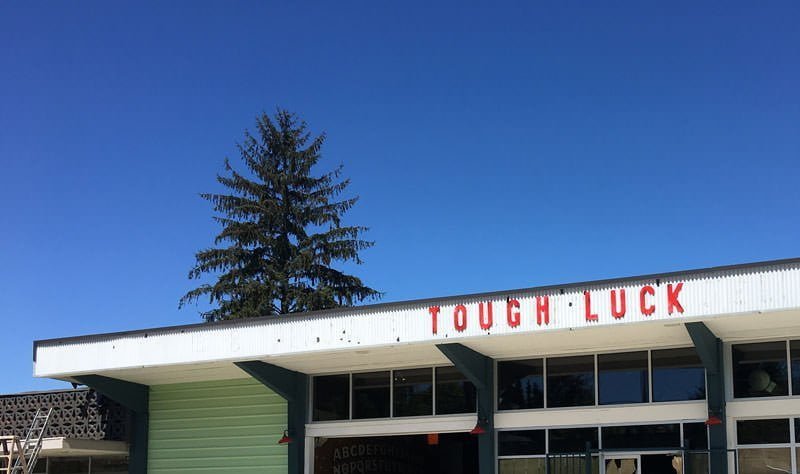 True to it’s name and well-over a year in the making, Tough Luck strives to be nothing more than the best neighborhood establishment it can be. And with good reason, too.

Situated in the Woodlawn neighborhood and housed in a mid-century building, Tough Luck was slowly rebuilt while maintaining the integrity of the ‘60s structure. Yet long before shovel hit dirt, our lineage was already established in the neighborhood; co-owner and bar manager Andrew Finkelman is the grandson of Portland natives and his home sits on the very tree-lined block where his mother was born, mere blocks away from where Tough Luck sits today.

With such an established foundation, Tough Luck aims to provide the Woodlawn neighborhood with a bastion of booze and creative food. Long before chef Lauren Miller cut her teeth in the kitchen of Imperial alongside Doug Adams and Vitaley Paley, she learned under the tutelage of far more demanding chef: her grandmother. Raised in a small Southern Kentucky town, Miller’s grandmother passed along a treasure trove of deep-rooted Southern recipes, all of which used a chipped tea cup for a measuring spoon. Her modern influences pull from the far East, which gives Tough Luck’s menu a unique balance of food from both Korea and Kentucky. Diners can look forward to dishes like Korean Fried Chicken (with Rice. Avocado. Banchan. Tom Kha Sauce), Smokey BBQ Lamb (with Gochugaru hot sauce, pickled mustard greens and cornbread pot biscuit), and a house burger (with crispy double patty, Pimento, Kimchi ketchup, shaved iceberg, soy pickles and Pearl Bakery bun).

The roots of our bar program run deep as well. FInkelman stirred his first Old Fashioned in 1973. He was nine years old. Cocktails at Tough Luck will be playful and informal, including mix-and-match whiskey/beer pairings, a dedicated menu of Old Fashioned’s, a line of house-made shrubs and ten constantly rotating beers on draft as well. In addition, a wrap-around exterior patio with fire pit will keep the neighborhood cozy at night, and a restored 1940’s 22-foot shuffleboard table, complete with a custom-made electric 16-foot scoreboard, will keep those indoors entertained.

Previous Post: « Food & Wine – Tusk One of America’s 10 Most Exciting Restaurants of 2017
Next Post: Touché Restaurant and Bar Closing May 14th »