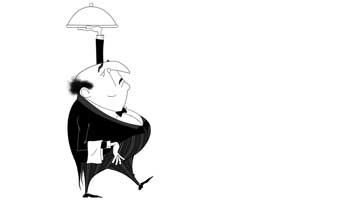 How much do you usually tip?

I’ve been watching the latest poll on tipping in Portland with some interest. I am an 18% tipper, or I should say, that is my baseline. I start with 18%, and the rate goes up or down depending on the service. I frequently tip higher, I rarely tip less.

I’m surprised that so many of my readers tip in the higher levels. To be honest, I expected more like 15-18%. Maybe some of you that work in the industry can tell us what the average is in Portland.

After some thought, it brings me back to something I’ve been pondering for the last week. What is the sophistication level of the average people on this site? How many of you work in the industry?

Lately, it has become apparent to me that many of my own friends don’t read this site very often. When asked why, the typical response is “You seem to concentrate on the high-end restaurants – more special occasion places”. This is coming from a group of people that tend to have an above average education and plenty of disposable income, but let’s face it, most people don’t want, or can’t afford, to eat at a high-end restaurant every week. Heck, there are times I get pretty tired of it myself.

I’m rambling and have thrown a lot of questions out there. Feel free to comment on any that interest you. The other 1750 of you can just quietly lurk. I still appreciate you.