You are here: Home / Archives for Thomas Boyce

From Portland Monthly, Chef Thomas Boyce "Leaves" Bluehour. Actually, it sounds more like he was shown the door. As of Tuesday, Boyce was out and Dolan Lane, chef at Clarklewis on SE Water Avenue, was in. Bluehour’s Bruce Carey and Joe Rogers own both restaurants. Boyce says he was taken completely by … END_OF_DOCUMENT_TOKEN_TO_BE_REPLACED 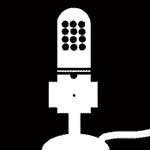 Interviews? We have a ton of them! Have you checked out the interviews on this website? There are pages of them done by multiple writers. We have done many interviews over the years with chefs, restaurant owners, cooks and more, the result is an honest dialog with people in the food industry. You’ll find the list … END_OF_DOCUMENT_TOKEN_TO_BE_REPLACED

Back in July 2010, I reported on Kim and Thomas Boyce's move to Portland. Kim was baking for Ristretto Roasters, but Thomas hadn't decided what he wanted to do yet and seemed happy for the time being making fillings for some of the baked items. Since then, Kim has won a James Beard award for her "Good to the Grain: … END_OF_DOCUMENT_TOKEN_TO_BE_REPLACED 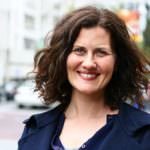 Pastry chef Kim Boyce previously of Campanile and husband Thomas, former chef de cuisine at Spago in Los Angeles, Arrive On Portland's Baking Scene She is the author of the highly rated "Good to the Grain: Baking with Whole-Grain Flours" released in 2010. She worked for years with Nancy Silverton, founder of Campanile … END_OF_DOCUMENT_TOKEN_TO_BE_REPLACED