Update: this restaurant closed after a very short time

As I discussed back in May, American Pinot Brasserie is opening in the new “Indigo Building” downtown at SW 12th and Washington in Portland. The date has been set for August 2nd. A reader was kind enough to send me the opening menu.

I think it is interesting that they named it a “Brasserie” since that term is usually used more in reference to beer than it is to wine. It also tends to mean an “unpretentious” type of establishment, which this definitely is not. Anyway, this is a large restaurant – 140 seats, 50 more at the bar.

“The Executive is Chef Bill King, long-time leader of culinary development for McCormick & Schmick’s.  King had a distinguished tenure in this successful restaurant group, but in his soul, he’s a chef and restaurateur who started his Portland cooking career in 1981 with a café and charcuterie shop called Savoir Faire at Portland’s Yamhill Market Place, the city’s first urban public market. Chef Bill King was way ahead of the curve, making his own charcuterie, sold from his tiny shop at the market, and buying farm direct produce.

The space is lined with windows and accented with silver finishes and textured concrete floors. It’s cozy and welcoming at all hours.  The chef’s table is the centerpiece of the restaurant, effortlessly surrounded by comfortable brasserie chairs and bistro tables. There’s also a classic counter-service seafood bar, red banquettes and wine room, carving stations and a lively bar.” 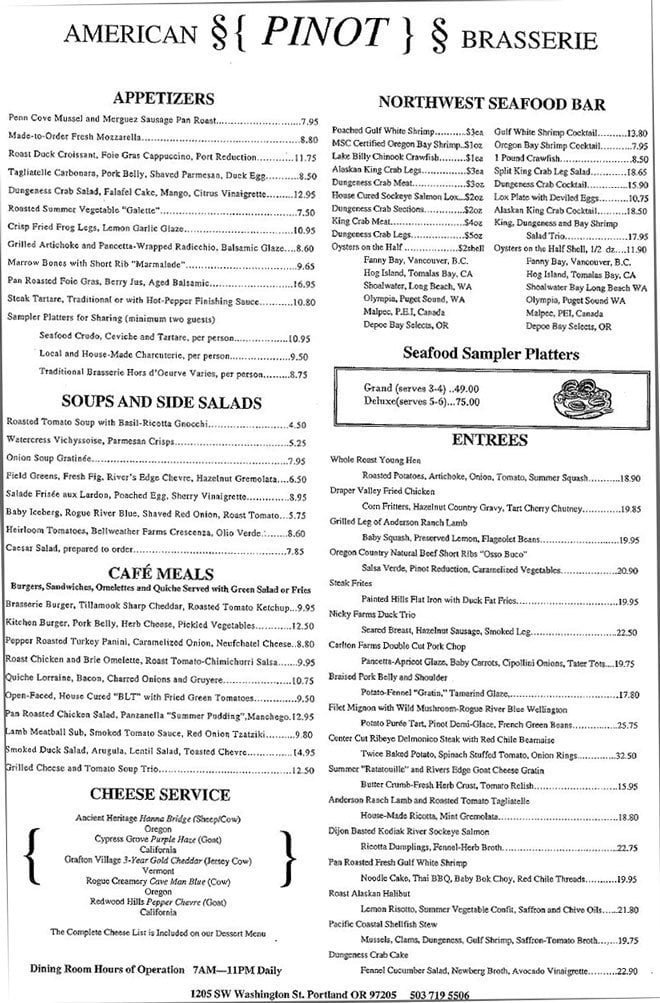