You are in Portland for lunch and want a place you can sit down. Where do you dine? Note: I ran off on my trip this fall with a bunch of "best of" posts written and set to publish automatically. It wasn't until yesterday that I realized it had never happened. The best-laid plans... get ready for a slew of these.Where to get lunch is a common office debate, and the reader … END_OF_DOCUMENT_TOKEN_TO_BE_REPLACED 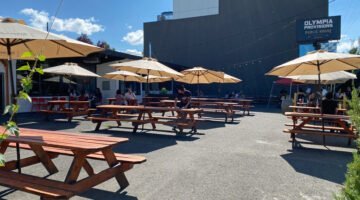 Large open patio area set back a bit from Division St. Happy Hour daily 3 pm - 6 pm. Think German influence: brats, dogs, charcuterie, pretzels, bratwurst, etc.  Two patio areas, the one towards the back is more of a beer garden. Cornhole for those who are into it (always sounds like something from Deliverance to me). … END_OF_DOCUMENT_TOKEN_TO_BE_REPLACED 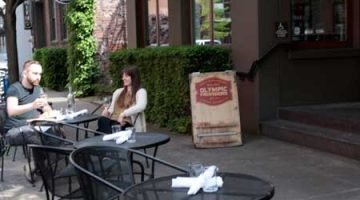 A personal favorite of mine when I'm looking for lunch in the downtown area. Just a few tables out front, in the shade on a street with light traffic. Olympia Provisions’ Northwest location now has their patio open (weather permitting) for meat lovers to enjoy OP’s popular charcuterie or cheese boards and sample various wines from their extensive list. Stop by for their … END_OF_DOCUMENT_TOKEN_TO_BE_REPLACED

The James Beard Foundation has announced the 2016 restaurant and chef award semifinalists. As usual, a bunch of Portland places made the list. Of course there will only be a few winners by the time this shakes out, but what the heck, I'll list them all, bolding the Oregon nominations.For those of you who only care about the local stuff, here are the nominees:Best new … END_OF_DOCUMENT_TOKEN_TO_BE_REPLACED

Shalom Y’all brings Israeli Street Food to the Pine Street Market John Gorham has announced that in partnership with Ron Avni and Mediterranean Exploration Company executive chef Kasey Mills, they will be opening a new restaurant to the upcoming Pine Street Market. Shalom Y’all will feature Israeli street food, with a focus on vegetarian dishes, salads, and a breakfast focus … END_OF_DOCUMENT_TOKEN_TO_BE_REPLACED