You are here: Home / Archives for Ringside Fish House 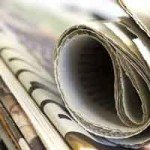 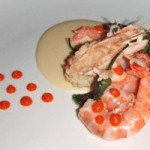 Every survey I ask you "what is the Best Seafood Restaurant in Portland?", and every time it seems like the selection is a little bit better. With all of the riches off of our coast you wouldn't think this would be an issue. Speaking of riches, I haven't been to any of these places in some time, but looking at the menu … END_OF_DOCUMENT_TOKEN_TO_BE_REPLACED 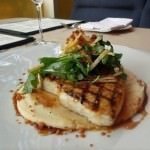 In 2011, the Ringside Fish House opened downtown, on the second floor of the Fox Tower. The space had previously housed Ringside Steakhouse during their extensive remodel. It overlooks Director’s Park, and in the evening when the shades go up, it’s fun to watch the lights dance through the glass canopy, occasionally … END_OF_DOCUMENT_TOKEN_TO_BE_REPLACED 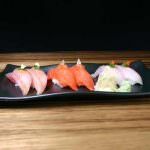 Portland has a long way to go as far as seafood is concerned. For a city so close to rivers, lakes and the ocean, the state of our seafood is sad. However, I believe this is starting to change. Last year the order was Jake's, Southpark, and Bamboo Sushi. This year Jake's has fallen off the list. Completely new to the … END_OF_DOCUMENT_TOKEN_TO_BE_REPLACED 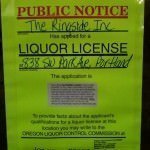 Ringside Steakhouse to take over the Tondero restaurant in the new Fox Tower The liquor license posted on the door of the old er... Tondero restaurant spot in Fox Tower is the same corporation that owns the Ringside Steakhouse on N Burnside. It is unknown whether, as one commenter says, it is just a temporary move … END_OF_DOCUMENT_TOKEN_TO_BE_REPLACED