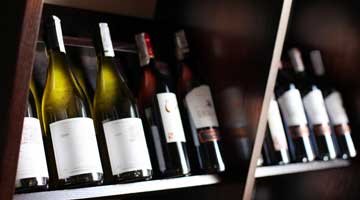 This is another one of those stories that begin with, “When I was a kid…”, my parents brought me a bota bag every summer at the Renaissance Faire in Los Angeles. For those unfamiliar with them,

A bota bag or wineskin is a traditional Spanish liquid receptacle. Typically, it is made of leather, and is used to carry wine, though I think I was only allowed Hawaiian Punch. In my youth, the bags were lined with tree sap or other resins to prevent liquids from seeping through, but modern bota bags have a plastic liner and nozzle. Personally, I liked the resin taste and think the modern versions are foul, which may be the reason the porrón has come in to fashion. Of course that may have been because I drank pretty cheap wines in those days. Anyway, over the years I became quite good at drinking from them, holding it as far away as possible and catching the arc without spilling a drop – I’d say no smart remarks, but I  know many of you too well!

Why do I bring this up? Because this saturday, August 13, Viola Wines will be having porrón demonstrations and tastings during their TxakParti at the Alberta Street Fair. Txakoli and Basque cider will be flowing and chocolate from Xocolatl de David will be sampled from 12 – 5pm

A porró, porrón, or porron is a traditional glass wine pitcher, typical of Catalonia but well-known in other parts of Spain. It resembles a cross between a wine bottle and a watering can. The top of the bottle is narrow and can be sealed off with a cork. Stemming upwards from the bottom of the pitcher is a spout that gradually tapers off to a small opening. It is shaped such that the wine stored inside it will have minimal contact with the air, while being ready to be used at all times. The idea originated as a replacement to bota bags. Porrons are most commonly filled with regular wines, either white or red, but are also used to drink Cava, and a smaller version filled with a sweet, dessert wine (typically Grenache) is also common in Catalan restaurants. The lack of contact with the lips allows a group of people to share the same vessel without offending their sense of hygiene. Note: while drinking wine, it takes a lot to offend my sense of hygiene!]

Whether you plan to attend or not, you should watch this entertaining video that Cork owner Darryl Joannides put together. It gets better as you go, and I’m rather insulted that I was not invited to take part in the filming.