A Coffeehouse Guide for Portland Oregon

This is a Portland coffeehouse guide to some of our favorite places in Portland. You'll find descriptions of the shops, an overview of their coffee, and interviews with coffeehouse owners and roasters. We've also added a handy map, so you can find our recommendations for some of the best coffee near you. This is not meant to be a definitive list of coffeehouses, just some of our favorites in the Portland area. We will add more as new favorites develop. 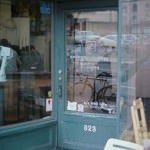 Some Portland cafés are sleek and polished, with expensive build-outs and stone countertops, while others look to a classic, yet polished style with antiques, gilded mirrors, and bow-tied staff. Then there’s Courier, who proudly keeps their DIY, almost punk rock esthetic at the forefront, in a thrift store meets shared rock and roll band house vibe.… Read the rest 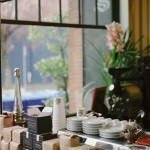 Sterling Coffee owner Adam McGovern and Aric Miller and their talented crew are purists and perfectionists: you get a pared-down of drinks, pastry items from Bakeshop and that’s it. But that’s all you need here where baristas are known to toss a just made cappuccino if the ristretto or foam isn’t to their standards.… Read the rest 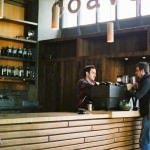 Although Matt Higgins has been in the coffee business for over a decade, he began Coava, as many Portland roasters have, out of a humble garage in 2008. Just a few years later, Higgins still roasts on his trusty Probats but has moved out of the garage and into a retail shop, which he shares with Bamboo Revolution.… Read the rest 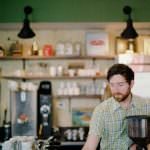 Owner Billy Wilson used to be referred to as a “Rock Star Barista” due to his suave, heavily tattooed looks, and three winning Northwest Barista Championship titles. These days, he’s left all of that behind, and as a father of two, he spends most nights at home.… Read the rest 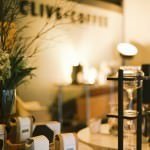 Clive Coffee might seem to be a misnomer in this coffee series, for it is not a café. While Clive does have a small selection of their own quality roasts, their primary focus is their retail shop and online business.… Read the rest