In Portland, we like to say we are far behind many cities in the food curve. Why then, do we not have at least one “bug food” truck? 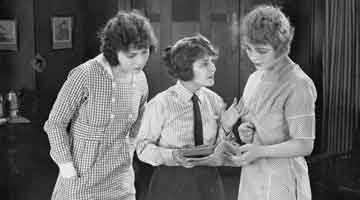 In the USA there is a cultural taboo against eating bugs, but the practice is common in many countries. Take Mexico, for example, where markets have bags of crickets or fat grubs to be consumed as snacks or in taco filling. When I was a kid, I vividly remember my dad buying chocolate ants at the farmers market in Los Angeles. From SF Weekly –

Martínez drops a handful of pallid worms, similar to those a child might feed a pet gecko, into a frying pan, where they sizzle and take on a caramel-colored sheen.

Along with crickets and meal worms, these wax moth larvae anchor the menu at Don Bugito, which debuted on Aug. 20 at the San Francisco Street Food Festival. The Mission district event was staffed by 60 vendors and attended by tens of thousands of foodies, reflecting the explosion of interest in street food in the Bay Area culinary scene.

Martínez managed to hold her own with this discerning crowd: By festival’s end, she had sold all her dishes. When the food truck commences permanent operations, which she says will happen by next month, it may be the first eatery in the country devoted exclusively to preparations involving insects.

Are we missing out?

By contrast, Martin cooks her wax worms slow and low in butter. The larvae and mushrooms blend to a virtually indistinguishable texture, color. and taste, soft and golden, their woody and earthy notes offset by the cream’s silky tang. The bee larvae, fried and combined with lettuce and tomato in an entomophagist’s BLT, are similar. “They taste like little, nutty, mushroomy raisins,” Martin muses.

Here’s my question: If a food truck or restaurant with “bug cuisine” opened in Portland, would you try them?