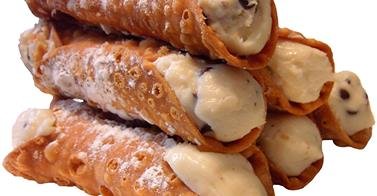 You may have heard about Project Grace, an Italian pop-up that was being held earlier this year by Nick and Sandra Arnerich. They were planning to open a restaurant named Renata this summer at 626 Southeast 7th Avenue, just down from the new Taqueria Nueve.

Owners Nick and Sandra Arnerich bring a sterling resume to the project. Nick, a Portland native, got his start at Northwest Portland’s Wildwood then worked his way up from expeditor to maître d’hotel over six years at The French Laundry in Yountville, Calif. before running restaurants in San Francisco’s Delfina Restaurant Group. Sandra also worked as an expeditor at The French Laundry, where the couple met, then helped open Benu, also in San Francisco.

The kitchen at Renata was to be helmed by chefs Karl Holl and James Serline, most recently of San Francisco’s Perbacco Ristorante. Now comes word that both Holl and Serline are out of the picture. No word from the owners on future plans, just a note on the Project Grace Facebook page saying “thank you so much for the support over the last 20 weeks for our dinner series. We truly appreciate the support and love! We will be taking a short break before Renata will open this fall. Stay tuned!!”