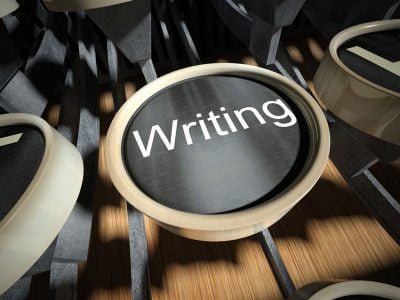 Restaurant staff, with their automatic or canned lines drive me crazy

Do they really care so little about what the customer thinks?

Recently I was at a restaurant, and ordered Pork Rillettes. It was a Spanish restaurant, so I pronounced it as a Spaniard would “Ril-lets”. The server corrected me “It’s pronounced Ril-lays,” and then carefully pronounced it again when she brought the food, as if to remind me what an idiot I had been. Her condescending manner pissed me off, and since I was fairly sure she was wrong, I looked it up as soon as I got home. As far as I can tell, I was right, and even if it was a French restaurant, she was pronouncing it incorrectly. Then it would be Ree-Yet.

Eating out so often, I find myself recognizing buzz words at certain restaurants. There was a period at Clyde Common, when no matter what you ordered the server would say “Excellent”. Drove me crazy. “I’ll have that dog poo that just got tracked in the front door.” “Excellent!” I know I’m a genius when it comes to ordering, but I’d just as soon have you say something that sounds less rehearsed. At another restaurant the buzzword is “Gladly”. Next time I’m going to ask them to wash my car. There must be a dozen places where they always say “very good”. I’ll have the pork rillettes. “Very good!” Whatever. Mix it up now and then please.

Another pet peeve is servers who refuse to give an opinion. “Would you pick the duck or the pork?” I recently asked. “Oh, I couldn’t say,” she said. “Everything on the menu is equally good.” It turns out I wasn’t particularly thrilled with the duck, so that didn’t speak well for the rest of the menu. One night at a Thai place I made the mistake of inquiring about a curry. “I don’t know,” she said. “I’ve never had it. I can’t stand Thai food!”

On the other hand, I love to hear which dish servers prefer, and then order the other one. It seems to me a restaurant is no better than its worst dish. I’m sure several servers have been thrown off when I’ve picked the entrée they specifically steered me away from.

One night I was in a restaurant – the name escapes me at the moment – and was served an entrée that was so bad I couldn’t even make a polite dent. The waitress came by and picked up my plate. “Oh,” she said. “You didn’t like that. I didn’t think you would. None of the other customers have either!” Huh! Then why the hell is it still on the menu?

One thing that sets a good server apart from the run of the mill is the ability to give direction based on what you order. I’m getting old. Half the time I can’t read the tiny print you kids put on the menu. Turn down the lights and I’m fumbling my way through blind. Heck, that’s how I ended up orderingt sweetbreads the first time; I thought it was the dessert menu. But I digress. If I ask for the pork vindalho, and it comes with rice, shouldn’t the waiter say something when I order rice on the side? A “Did you realize the dish comes with rice?” would do very nicely. Instead, most dash away to the kitchen. I picture them giving high fives to the cook.

Then there is the server that is overly familiar. While dining at a restaurant of great repute, I made the mistake of asking the waitress if everything was okay. She burst into tears. “My cat got hit by a car today. It was terrible! There were pieces of him all over the road, and I had to get a shovel and scrape him up so my dad could bury him.” She had the woman I was with in tears, and I lost my appetite. So much for that date. It was even more disturbing when she wiped her runny nose onto her hands and immediately brought our food from the kitchen.

I remember the familiarity of the servers at Gotham. Did anyone else ever have them sit down in the booth with you? It drove me crazy. “Oh my god,” one said. “It’s utter madness tonight. I just have to sit down for a minute.” We all scooted down so she could sit on the corner while she took our order.

I started this piece to link to Frank Bruni’s latest entry in his Critic’s Notebook, titled Tonight, Patronizing Language, but the words just flowed from me instead. It seems he has similar issues:

“Excellent choice,” says the waiter in one restaurant, casting my companion’s order of braised short ribs as a bold inspiration.

“Perfect,” says the waitress in another restaurant, and she says it after each person’s selection of an appetizer and entree, as if we’ve managed to home in on the only out-and-out winners in a tough crowd.

If we’d chosen differently, would she have made an icky expression, a sourpuss face? Would she have warned us that the squab tartare with candied jalapeños and a botulism emulsion was imperfect — and possibly ruinous?