A forward: I hope Nancy doesn’t mind me jumping in on her story. Shortly after this story was written, Robb Walsh, restaurant reviewer of the Houston Press pulled a double review at a restaurant at which he is recognized and the results are rather interesting:

“As for the experiment, it’s clear I was treated much better than Josh. The point isn’t to punish Gravitas for recognizing a restaurant critic. That’s not their fault. But their natural reaction — lavishing me with superior service, providing special items not available to the general public at no charge, and making sure to give me a better piece of meat than the average guy on the other side of the restaurant — clearly illustrates the value of anonymity.

When I eat at a restaurant unrecognized, I can provide readers with a good idea of what their own experience might be like. When I’m spotted, I can only describe what it’s like to be pampered. And unless you’re a celebrity, that kind of restaurant review doesn’t do you much good.”

Good reading and goes right along with Nancy’s post. You can read it at here  FD 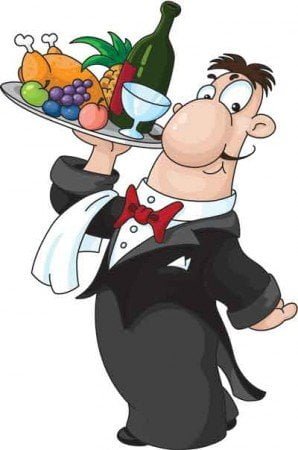 It’s been a big week for Portland’s Olea Restaurant: first, Esquire magazine’s restaurant reviewer fingered it as one of the 19 best new American restaurants; the Oregonian reviewed it a few days later and wasn’t convinced it’s one of the 19 best restaurants in Portland. That night, the Pearl district restaurant hosted a party for itself and some of the chefs participating in Saturday’s Wild About Game event, a party I attended. There was good wine and good company and hale congratulations, and yet, one sensed the lightest of palls; the O’s B- was rankling, and people, if not out loud, were wondering how that happened.

I am here to tell you how that happened, though not in regard to the food at Olea Restaurant (where I have yet to dine, save for the whole foie gras laid out on the appetizer buffet, a football-sized organ wreathed with fig puree we were told to just dig into, an invitation that felt vaguely salacious and wrong). John Mariani, Esquire’s reviewer, has come under stark criticism this week for having his meals and travel comped. He’s apparently been doing so for years. While I find this reprehensible, it doesn’t really answer the question, why Olea? The answer to that is: public relations.

Good public relations firms know whom to hit and when; they flood your e-mailbox with announcements and invitations; they ask you to join them at a restaurant so you can experience it and learn the back-story, so as to fully appreciate the place; to put faces to the food, so to speak. This is their job, and if they do it well, the venues they are paid to represent get attention, which means they make money, and on and on we roll.

There are writers who get their information this way, namely, those that work for publications that have no budgets, and those who don’t see an ethical problem with it. I work for no publication that would allow me to work this way—I once had an editor dress me down in no uncertain terms for writing I’d eaten a dessert in a second visit when, in fact, it had been the third—and consider it an issue with no wiggle room. When a PR person contacts me, I tell her, I am happy for her to mail me anything she likes, but I cannot accept a free meal, and specifically not with her. (In eleven years as a journalist, I have had exactly two meals with PR people: during the first, the woman enumerated her ex-husband’s many shortcomings, and during the second, the rep, who vacillated between manic and laconic, giddily wondered whether I’d like to have Valentine’s Day dinner with her and her husband, an offer that made the shrimp roll I was eating suddenly taste like school paste, and I fled before dessert, leaving the woman humming into her Amaretto.) I personally know and like several PR people; I’ll even meet them for a drink, but only on neutral ground. And I can never take anything from them for free, because then they will be waiting for me to write something about their restaurant, and the chef will know who I am, and I will be brought unordered dishes and fawned over by wait staff and when I leave, the valet will give me a special secret wink, and how, I’d like to know, does one write an honest review when one has been treated like Donald Trump?

There are writers who don’t understand my reservations; I once had a cub reporter ask me how many PR-arranged lunch junkets I went to per week, and when I told her, “Zero,” she looked perplexed.

“Then how do you write your stories?” she asked, clearly not yet having been introduced to curiosity, investigation, and shoe leather reporting.

An editor at Bon Appetit, a magazine I have written for since 1997, and I recently discussed the ethics of reviewing. “I had someone here in Portland ask me why I review anonymously,” she said. “I was floored. How can you not review anonymously?” She went on to say that, there was a particular restaurant she adored, but that her friend’s brother was a bartender there, and so she could not in good conscience write about it, so sent someone else, who also loved it, and so the place was written about.

I added what she already knew: that the way one finds the restaurants for, say, a feature about dining in Savannah, is to do recon before one travels to the locale, speak to friends who might know spots, do a lot of walking, a lot of talking, a lot of eating, and then, when one has winnowed out the bad and chosen the good, go back and get a few quotes from the chefs. For a restaurant review, the formula differs, in that I never make my presence known. Months after I wrote an article about Portland restaurants for Bon Appetit, I met the chef David Machado, whose restaurant, Lauro, I’d included.

“I never even knew you were here,” he asked, which I thought was the oddest question: why would he have known?

The issue of reviewers and anonymity has been a discussion point on Portland food boards; people feel they can be utterly candid about a restaurant experience, even if—especially if—the chef/owner is a friend. I believe people who believe this do so for two reasons: they think it’s important to judge the restaurant by more than its food/ambience/service; that who owns the restaurant and how long he/she has and whether it’s a good day or bad is something that needs to be taken into consideration, and that the reviewer’s awareness of these side issues makes for a fuller, fairer, more balanced review. The second reason is, I think they like being part of the food community; like walking in and having people greet them warmly, like the insiness and intimacies.

Lovely sentiments, and of absolutely no consequence to the average diner, who does not know the owner; who do not know the pastry chef just had a baby; who is not privy to the information that this is a second act for the chef and she saved for six years and if the place doesn’t succeed, it’s back to the box factory. What matters to the diner is what’s on the plate. And the only way for the reviewer to know what’s on the plate is to be a diner. Not a star, not a friend, not someone who is going to perhaps give the press that will make a place.

Or break it. I have no idea whether the owners/wait staff at Olea knows Grant Butler by face. If they do, one can imagine the excited whispers behind the swinging doors, the attention to detail and eagerness to please and impress. And then, the bewilderment that Butler did not find all aspects of the experience stellar. Better, of course, not to know whom he is; to simply do the best you can, diner by diner.

There are people, and perhaps Mariani is one of them, who like their butts kissed; who feel entitled to special treatment because the gifts that are within their powers to bestow are so very prized. But if what they bestow is based on favoritism and spin and special treatment; if in order to get his ass into your restaurant, some entity (and, as it turns out, not Esquire, who can afford it) has to pay his airfare and hotel and meals, then how can we trust what he writes? Perhaps the place is fabulous, but how would we know?