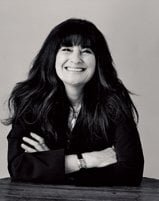 Ouch! In my last news roundup, I mentioned Ruth Reichl‘s blog, and writings about a recent trip to Portland. She has followed her original piece with two more, the latest covering Feast Portland, Salt & Straw, Portland Farmers Market, and Longbaan.

Most recently she traveled to the French Restaurant Jules Vern by famed restaurateur Alain Ducasse, which is halfway up the Eiffel Tower. Ruth posted about them in a piece titled, “Paris – One Sad Night“. Unfortunately, it didn’t live up to her Portland experiences.

Of the interior, she says, “I felt as if I had been transported back in time to one of those depressing seventies discos. ”

She moves on to the service – “I have never had such bad service in an expensive restaurant.  (There are only two options here: the 6 course prix-fixe at 230 euros, or the 5 course menu at 185.)  We sat for a full 10 minutes before anyone appeared to offer so much as a glass of water. It took forever for the wine to arrive.  The amuse bouche – if you could call it that – was a little dish of stone cold gougeres. When we told the surly waitress that we thought they would taste better hot, she said testily that ‘they can be served hot or cold, but if you’d like them hot I can warm them up.’”

Finally, the food – [For many] “they come away having had sloppy, indifferent service and food that reminded me of nothing so much as first class airline food”.  “The worst course was called truffled macaroni au gratin with pearled veal jus.  It was five long stands of macaroni, very tough, stuck together with some cheese and topped with tasteless bits of meat. It was very much like something you’d get on an airplane.”

Ruth is not currently a restaurant reviewer, but as onetime editor of Gourmet Magazine, author and one of the most established and respected writers in the foodie world, her words carry a lot of weight. She has a way with words, and the “review” makes for entertaining reading.