Posting the bulk of the press release about the upcoming closure of Tapalaya restaurant. 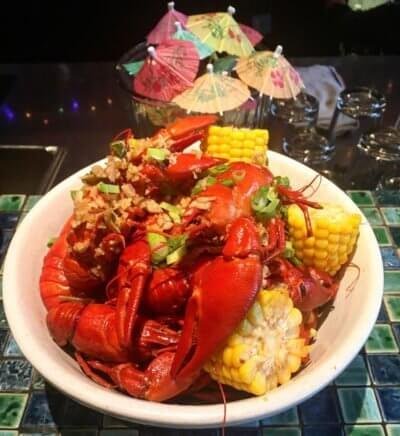 Tapalaya to Close the Week of Christmas and Chef/Owner Anh Luu to Take Time Off to Personally Grieve the Tragic Loss of Her Beloved Mother; Restaurant is Officially Up for Sale

PORTLAND, Ore. (July 23, 2019) – Known for its New Orleans cuisine and its Asian/Cajun menu created by the restaurant’s New Orleans-born, Vietnamese Executive Chef and Owner Anh Luu, Tapalaya plans to close by Christmas, on Sunday December 22nd, after Brunch and Dinner service. Opened in November 2008, Tapalaya has been a pillar along Portland’s NE 28th restaurant row for almost 11 years and it is with a heavy heart that Luu has decided to close her restaurant in the coming months.  Luu purchased Tapalaya in March 2017 and during that same month, Luu’s mother passed away in a tragic car accident.  This heartbreaking and shocking loss of her beloved mother, especially during the time that the change of ownership was being finalized, has been incredibly traumatizing and emotionally crushing for Luu.  But, she chose to continue with purchasing the restaurant at that time, in honor of her mother.  But, as a result, Luu has spent the past two years focusing on the ownership and management of Tapalaya, without having any time to properly grieve or process the loss of her mother.

Tapalaya has been an institution in the Portland restaurant community along NE 28th, among its beloved, long-term customers, its dedicated staff and among the Cajun/Creole and Vietnamese communities in Portland.  Plus, the bands that have performed at the restaurant for a decade, including the Reggie Houston Band from New Orleans, are a devoted weekly presence at the restaurant.  Because of this level of commitment, Luu has opted to create a “long goodbye” by announcing the closure of the restaurant five months in advance.

“It is with a heavy heart that I announce the upcoming closure of Tapalaya. I was so honored and incredibly excited to purchase Tapalaya two years ago, a restaurant where I had worked for eight years. Owning the restaurant where I designed one-of-a-kind cuisine based on memories from my childhood has meant the world to me,” said Executive Chef/Owner Anh Luu.  “However, the shock of losing my mother so tragically at the same exact time has taken its toll on me emotionally.  I am still in utter shock that she is gone and I have never had the time to grieve her.  I need that time now. I plan to return to my home city of New Orleans to fully focus on healing.”

Tapalaya is officially up for sale and for any inquiries about purchasing the restaurant, please contact the Vacher Group, Restaurant Brokers, at (503) 922-0202 or at Dean@vachergroup.com.

“Our customers, my staff, Reggie – they’re all like family to me.  I wanted to give my ‘family’ whom I love, time to come in to the restaurant as often as possible before we close to eat, celebrate, connect and share the love.”

In January of this year, Tapalaya introduced a new menu to celebrate its 10 Year Anniversary. Luu’s signature Cajun/Creole menu with a Vietnamese influence remained the same, however, instead of being served on small plates tapas-style, meals are now served entrée style, with one main item plus two hearty sides. Tapalaya, which is a combination of the words tapas and Jambalaya, retained its name, menu items and Viet-Cajun cuisine, but began offering its dishes as much larger portions.

The new menu that was introduced in January includes items such as:

The traditional sides can be interchanged with the sides listed with the entrées above.  Some of the sides include Edamame Caviar, a Cornbread Muffin and Creamy Grits.  Appetizers include Turmeric Red Beans & Rice, Crawfish Étouffée Nachos, Anh Luu Gives You Wings and Seafood & Andouille Gumbo with Rice.

“From being on Chopped, to launching the phorrito, to Chantal giving me the platform to create dishes so personal to me and ultimately buying the restaurant from her, it’s been an incredible 11 years that I will cherish my entire life. It’s been an honor to own a restaurant that has been operating in Portland’s innovative food scene for more than a decade,” added Luu.

Born to Vietnam War refugees in New Orleans, Luu and her family evacuated from New Orleans after Hurricane Katrina in 2005.  With their home under 15 feet of water, Luu’s family moved to Portland, Oregon but Luu remained in Louisiana to attend school and work in several top New Orleans restaurants.  She later moved to Portland to join her family and attend the Western Culinary Institute.  Subsequently, Luu was hired as Second in Charge at Tanuki, Chef/Owner Janis Martin’s izakaya.  Following Tanuki, Luu was hired as Executive Chef at Tapalaya in May 2013.  In March 2017, Luu purchased Tapalaya from previous owner, Chantal Angot.