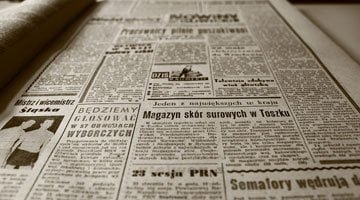 I wasn’t going to say anything about The Oregonian’s Diner this year, but I’m getting a lot of emails, so I’ll weigh in.

“It’s a noisy, crowded storefront, and tables are not easy to come by unless you go early (how un-Spanish) or late (but don’t come at 11 — you’re not in Barcelona). Still, this slightly Americanized version of a tapas restaurant (no sawdust on the floor, no flamenco guitarist, no smoking) is well worth the wait, especially if you like to sample superb small plates. Most dishes provide ample tastes for three. You may be a bit overwhelmed by the choices, which are divided into such categories as “Pinchos” (simple tapas), “Charcuteria” (meaty appetizers) and “Tapas” (all the rest), but you’ll get ample aid from the knowledgeable servers. Lots of selections you’ve probably never had before, but adventure is definitely the game. Toro Bravo generates a buzz, and everyone is having fun here; a dinner of fast-moving plates can make that happen, but butcher-man John Gorham’s cooking, almost always on the mark, is the real force. Sit at the kitchen counter and watch him wield his sabers.

Eat and drink: The more Spanish-inflected the items, the better. While Gorham is fabled for his royal meat dishes (he’s the Prince of the Pig, the Count of the Cow), he also has a knowing way with seafood. Anchovies fried ($7) or pickled on toast with a pepper-tomato sauce ($6) are always good; ditto salt cod fritters. To test his meaty chops, order the coppa steak topped with a spicy almond sauce ($14). Eggplant with lamb ragu is another must ($10). Be sure to investigate the numerous seasonal vegetable treats, too. It hardly sounds Spanish, but the richly caramelized baked apple ($7) is a great closer. The wine list has a number of fine Spanish options and dry sherries — a quintessential match for tapas.

Bargain bin: Focus on the many dishes under $6, and be restrained.

Reality check: The policy of reservations only for seven or more, and only from Sun-Thu, makes Toro Bravo a hard table. With a huge menu of small plates (51 choices at last count), the temptation is to order a great many, and prices can mount up quickly.

Not to miss: Treat the menu as the Andalucians might: bar snacks. Cool cerveza goes down best with salty fare — fried anchovies, fennel and lemon in romesco; crispy Potatoes Bravas ($7) in a tomato sauce with mayo. The bacon-wrapped date ($2), which comes sizzling in warm, paprika-infused honey, and the “French Kisses” ($2), brandy-soaked prunes stuffed with foie gras, pack a bite-sized flavor punch.”

The review last year was 374 words. This year, 154. Really? It reads like someone went with a friend, had one meal, and that was it. Some are even shorter. I’ve seen better descriptions in the back of airline magazines. For instance, the Tanuki review is worthless,  the restaurant deserves better.

4. I haven’t been to Restaurant of the Year Castagna in the last six months, so I can’t comment. I do have reservations very soon. However, I think “Rising Star of the Year”, Laurelhurst Market is way overrated. I’ve been three times, never had a good meal, and had between poor and terrible service each visit. One was right after my steak roundup and had I been comparing. they would have been in the middle of the pack. I know Laurelhurst has a group of passionate followers, but the foodies I know are not among them.

5. Metrovino? One terrific meal, one lousy meal. I was amazed at the difference but chalked it up to only being open a few months.

6. The restaurants that are included/excluded. For example, Chennai Masala in Hillsboro. I dined there 2 weeks ago. It did nothing for me – years ago it was much better. There are many good restaurants that they left out. It’s like they ran out of money half-way through the guide, so quit working.

7. I’ve never heard of several of these reviewers, and they write as if they aren’t as familiar with the cuisine they are discussing.

I know they probably have a smaller budget than before, but this whole effort pales in comparison to earlier years. If this is the type of thing they will be publishing, we will all miss Ms. Brooks.