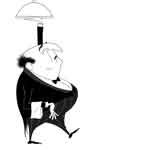 An article in The Guardian yesterday explores tipping in various countries throughout the world – where you should and should not tip, and the percentages you should pay. How does America stack up? We certainly do things differently here in the USA.

How much do you tip? The standard service charge is 12.5% of the bill in Britain, certainly in London. And 10% still seems to be accepted in places not charging for service. In North America, less than 20% can get you in trouble. There are stories of people being hounded out of restaurants for tipping 10%, which quite frankly is terrifying. If the wages are so low and people are that desperate, why don’t restaurants add a service charge as Thomas Keller’s Per Se and French Laundry do?

When shouldn’t you tip? When the service really isn’t worth what they’re charging – asking for things that never arrive and old fashioned nonchalance are the worst of the worst. As long as someone is trying, I tend to be very forgiving. What many people think of as “slow service” is often more the kitchen’s fault than the waiter’s. And plates left on the table can be an attempt to disguise the impending 40-minute wait for the next course.

If I feel that a restaurant simply isn’t run well enough to allow the waiter to do their job, I normally pay the service or leave a tip and never go back. Which, now I say it, sounds very British.

So, tipping, how do you do yours?