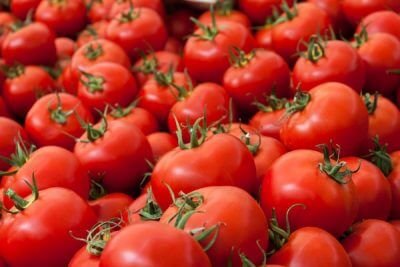 Should restaurants serve produce that has to be shipped in from other countries because it is not available locally?

I just got an email from a reader asking how I felt about the use of out-of-season produce by restaurants:

Speaking of local fresh ingredients …. on Nov. 24th Castagna refused to have tomatoes for their hamburgers, saying there weren’t any available. I replied that there were plenty of tomatoes of different types in the grocery store. But the server said they have no tomatoes in the restaurant (because they’re not locally grown?). My friend and I thought this was carrying the concept a bit far, as a hamburger to us was not complete without tomatoes. With all due respect, this is where principles become strident absurdities. Your opinion? –

You are going to hate me, but I agree with them. I can’t tell you how many times I’ve gotten greenish or flavorless tomatoes on a burger. I can never understand why restaurants use them when they are out of season. In my humble opinion, compared to locally grown, the California tomatoes just don’t have any taste!

Since that exchange, I’ve discussed this with several people and have found varying responses.

This is Portland; home of “natural, farm to market, organic, fresh-to-table, local, etc.” Do we really want out of season produce in burgers and salads just because we are used to it? Is a gassed, flavorless tomato, flown from a distant place really what we want? I like a nice thick slice of tomato on a burger as much as most people, but in my opinion, going without them for a time is one of the things that make each season special – a thing to look forward to.

Feel free to discuss below, I’d love you to take a moment and leave me a comment!

Previous Post: « Portland To Begin Enforcing Sidewalk Cafe Regs
Next Post: Time For Another Round: Your Favorite Mid-Priced Restaurants »