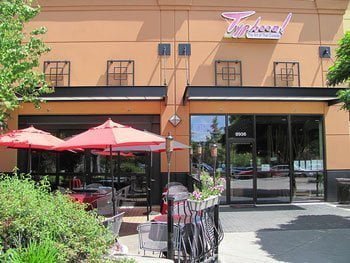 After 17 years of operation, all of Portland’s Typhoon restaurants have closed. Locations in Portland, Beaverton, Gresham, Bend and Redmond, Washington were shuttered last night at 9:00pm.

In an interview with Wall Street Journal’s Marketwatch, Owner Bo Kline said, “As many in the community are aware, I lost my husband, my business and life partner, Steve, last year. Without his energy, support and commitment, operating Typhoon! has required much more attention than I am able to give and has begun to take a toll on my health.”

Typhoon, which employed about 200 people, has suffered from bad publicity after multiple lawsuits from landlords, tax agencies and employees.

In September 2010, the restaurant was the subject of a state civil rights complaint, accusing them of “discriminating against Thai cooks by paying them less, denying them raises, providing them less vacation time and requiring them to work longer hours than U.S.-born workers.  …He also accused Typhoon of forcing chefs to sign labor agreements that negated their civil rights — and then retaliating and harassing two chefs when they refused to sign the pacts.”

January 2011, a lien was placed against the chain for $1.5 million for unpaid state and Federal taxes.

February of 2011, their NW Everett street location was seized by the landlord for $27,217.00 in unpaid rent, though they were able to reopen within 24 hours.

July 2011, A federal arbitration panel this week awarded a former Typhoon chef $268,000, ruling the Tigard-based restaurant chain discriminated based on the chef’s Thai origin and workers compensation claim and owed her unpaid overtime.

The three-person panel in Portland also suggested the restaurant chain was abusing a U.S. State Department treaty program which the chain has used for more than a decade to recruit dozens of chefs from Thailand.