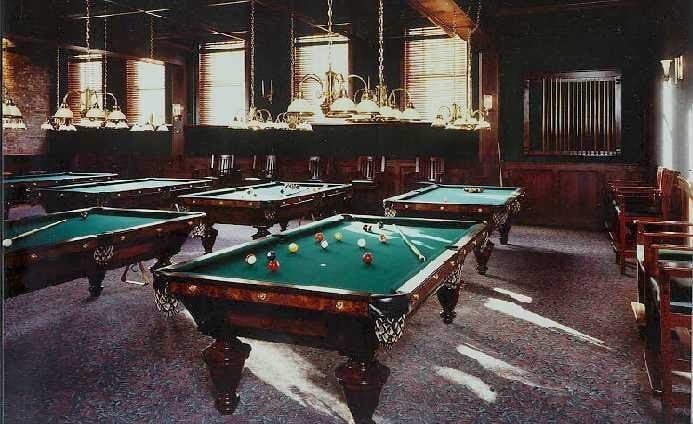 The restaurant will have a closing party April 20th

When Uptown Billiards opened in 1995, it was my favorite place to play pool in Portland. You’d never know when heading up the long flight of stairs off of NW 23rd Ave. that you’d be ending up in a big, upscale lounge with plenty of tables. Over the years, the dedication of owner Kent Lewis enabled him to put out food much better than one would expect from a pool hall. At one point he was even serving 5-course dinners. Unfortunately, rising rents have made it so keeping the doors open is no longer viable.

Today, Kent has announced Uptown Billiards will have a last party on April 20th, 2019 and will close for good on April 30th. He has always seemed like a good guy, and I wish him and his staff the best. Tavern on Kruse in Lake Oswego, Ken’s second restaurant, will remain open.

Here is the closing announcement –

It is time for Uptown to lock the doors on NW 23rd and Burnside. It has been an amazing 24 years, but my landlord and I have now struggled for a year to renew Uptown’s lease at terms we both think are fair.

There are irons in the fire. The landlord and I are still in talks about signing a lease. I may relocate Uptown in Portland or into the burbs. I may containerize the whole club and ship it to Aruba where I (honestly) have former business partners I’m talking to about opening the “Aruba Billiards Club.” I had been working over the last several months on a deal to move Uptown to Streets of Tanasbourne, but the owners decided last month to sell the entire complex.

At this point in my life, I don’t have the time or energy to give Uptown the love that it needs – especially if it has ridiculous occupancy expenses. If I can get a reasonable lease deal done, I have a “managing partner” standing in the wings ready to bring back the dining program and we’ll combine our efforts to make Uptown everything it can be. I would consider selling Uptown, too, if the right buyer came along because I want to see Uptown endure as much as you do. I opened Uptown 5 days after my 30th birthday and have now owned it almost half my life.

But with the uncertainty at hand, I need to tell you that I currently plan to close on April 30th. We are throwing (one hell of) a party on April 20th. We will open the doors at 7pm so that my staff (through history) and I can look you in the eyes and hug or shake hands and say “thank you” and “it’s been great.” At 9:30, we will do a final “staff party” with Karaoke From Hell (live 5-piece-band karaoke) for all my staff who have made Uptown so special over the last two and a half decades (and the staff’s guests). RSVPs for the party should just be emailed to kent@uptownbilliards.com.

THANK YOU for an amazing 24 1/2 years. The parties, the 5-course dinners, the pool, the wine, the cocktails that we’ve shared. I cannot begin to count the friends that I’ve made through the years… and nothing about Uptown will ever mean more to me than that.