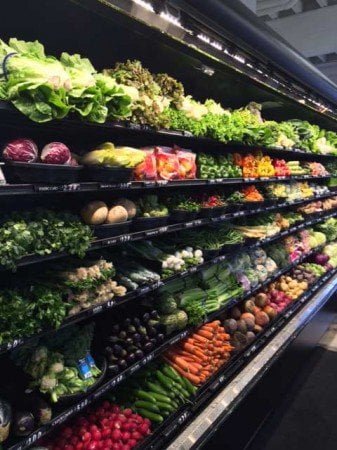 World Foods has opened a new store in Portland’s Pearl District. Located at the intersection of 9th and Northwest Everett in the space that last housed Local Choice. This is the second branch of the well known SW Barbur Boulevard market.

The stock at the new store seems similar to the original World Foods – a little bit of a lot of things, with a wide selection of Middle-Eastern goods, some of which I’d never seen before. Like the first store, the stock is a bit incongruous – a huge honey selection, lots of hot sauce, Mediterranean cheeses, wine, and a good amount of everyday market items. A large deli counter gives some good choices for hot food and sandwiches for a quick lunch or dinner. I didn’t try anything hot, but the deli at the Barbur store is better than average. Pastries are baked in house; the honey scent of fresh baklava will pull you in. Produce is especially nice, and also included items not normally seen much around Portland. Prices are competitive with other markets in the area.

The new store is at: