You are here: Home / Archives for Alcohol / Wine

All of our Wine Related News Stories in One Place

The writers in this section have a vast experience and knowledge of wine. You'll find all kinds of articles, from equipment, to selecting wines, suggestions, and travel experiences.

Making white Pinot Noir is like discovering America: it's an exciting adventure and everybody wants to believe they were the first. But despite the pronouncements of a few winemakers in the New World, folks throughout Europe have been making a white wine with red Pinot Noir grapes for quite a long time, especially if … END_OF_DOCUMENT_TOKEN_TO_BE_REPLACED 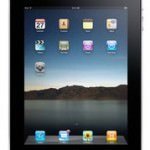 The Plethora of Information Included on an iPad Wine List Drives Sales From The New York Times, At Bone’s, Atlanta’s most venerable steakhouse, a clubby place of oak paneling and white tablecloths, the gold-jacketed waiters now greet diners by handing them an iPad. It is loaded with the restaurant’s extensive wine … END_OF_DOCUMENT_TOKEN_TO_BE_REPLACED 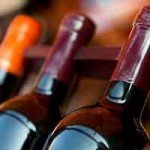 ["PDXMan" saw the comment below, and decided to fill me in. I thought his response was so good, it deserved publishing. I appreciate the time he took crafting his response.] "Many times imports are a much better bargain then domestics. It drives me crazy that heavy bottles can be shipped half way across the world and … END_OF_DOCUMENT_TOKEN_TO_BE_REPLACED

Portlands' veritable pantheon of viniculture mastery … your very own Iron Sommeliers By Marshall and Carolyn Manning And on April 13th, 2007, these masters of wine sat back and watched a private dining room brimming with anticipation. These brilliant matchmakers had already done their part days before. This was the … END_OF_DOCUMENT_TOKEN_TO_BE_REPLACED 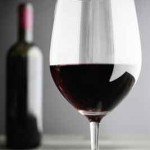 Erin-Marie Palmer was the owner of The Wine Cellar in Beaverton as well as Shaker and Vine in Portland [ed 2016 - now closed]. Palmer is best described as a feisty, well-spoken local wine expert who has no qualms about expressing her preferences for what makes a great glass of vino. Shaker and Vine is a quirky, hip … END_OF_DOCUMENT_TOKEN_TO_BE_REPLACED

Food Dude Article #10 By Ken Collura Every year, I try to assess the goals I've set for myself as a sommelier and whether they are being achieved. I know most people do this around New Year's Day, but August is just as good. So now is the time to reaffirm a couple of these resolutions, my raison d'etre, so to … END_OF_DOCUMENT_TOKEN_TO_BE_REPLACED

Best Coconut Waters Updated 9.23.19 - added Maui & Son's. Full change list at bottom. What are the best coconut waters? Judging by the amount of shelf space devoted to them in grocery stores, coconut water is a popular item. Not being a huge … END_OF_DOCUMENT_TOKEN_TO_BE_REPLACED