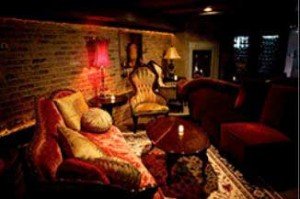 Alu Wine Bar on NE MLK opened to great fanfare back in 2007. Though it was a very cool, romantic space, the food never lived up to the atmosphere, and they closed in 2009.  Later the same year, they reopened under new owners and a new chef.

Unfortunately, the business just never seemed to catch on. I liked it as a place that was off the beaten path, a nice place for a quiet glass of wine or a beer. But the parking was difficult, and the dash across MLK at night could be rather unnerving. Apparently, others thought so too, and word reached me today that Alu has closed its doors once again.