The cruise ship that is Andina Restaurant has hit the rocks.

Updated 7/10 – the final score was 51 of 100 points. I’d like to say that this is a minor setback for Andina from which they will quickly recover, but this is another nail in the coffin for the Peruvian restaurant which was rocked with scandal in 2013 after being closed several days after two norovirus outbreaks. I received a tip from a reader that the restaurant received a health department score of less than 60 out of 100 possible points in their latest inspection. At that point, they were forced to put a “Failed to Comply with acceptable sanitation standards of the Oregon Public Health Division of Sanitation” sticker on the door which was removed after a reinspection a day later. It should be noted the Multnomah County Health Inspections database has not been updated yet, so I can’t confirm the details or the score. I’ll update this story when the details become public. 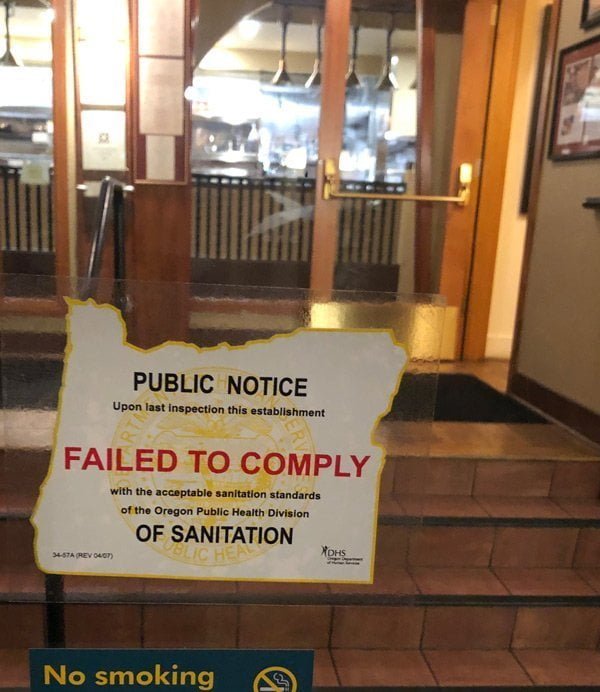 I used to love Andina – it was my restaurant of the year in 2010. But numerous chef departures and changes seemingly focusing on quantity over quality have sent the restaurant into a slow spiral. Here is a note from my 2017 update of the review:

2017: this restaurant has tobogganed downhill since my original review was written. Andina’s food lacks the polish it used to have, and the prices have risen. The restaurant has been expanded over the years to use every square inch of space for seating – basement, upstairs and mid-level. At the same time, the kitchen doesn’t seem to have been enlarged to handle the additional tables. This has resulted in meals which seem to have been composed for Instagram, not good taste, and is more akin to a cruise ship than a good restaurant. The food lacks the brightness and the complex flavors it used to bring to the forefront. Instead, we get blandness and texture that seems out of a long evening in a sous vide cooker. Holiday meals are particularly abysmal and I don’t recommend them. Actually, I no longer recommend Andina at all. It’s an embarrassment compared to what it used to be.