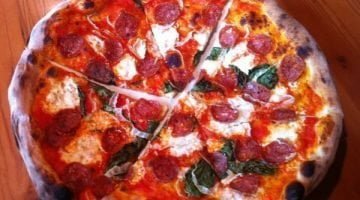 Ken's Artisan Pizza always places in the number one or two slot in our yearly reader survey for Best Pizza for good reason. The pizza choices range from basic, such as the most common margherita with tomato sauce and, mozzarella and basil; the more authentic margherita with a pile of arugula on top, to the extra spicy soppressata made with hot salami, tomato sauce, mozzarella … END_OF_DOCUMENT_TOKEN_TO_BE_REPLACED 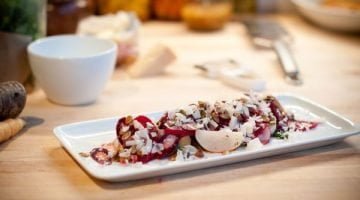 DOC restaurant always seems to fly under the radar, but they produce good food in a unique environment. Walk through the kitchen to enter the dining room, and once you sit down, most of the 20 or so chairs have a great view of the chef in action. Resist the urge to stir a pot, and  join the rest of the party. There is convivial atmosphere that encourages discussion between … END_OF_DOCUMENT_TOKEN_TO_BE_REPLACED 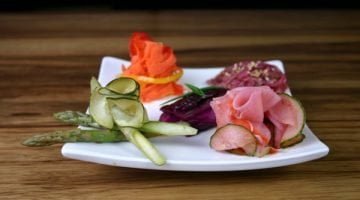 Bamboo Sushi is not your ordinary sushi restaurant. Not only is the fish much better than average, but they have garnered national praise for being the first certified, sustainable sushi restaurant in the world. They take great pains to follow the endangered species guidelines on the Monterey Bay Aquarium and Blue Ocean Institute "avoid" lists. Bamboo Sushi partnered with the … END_OF_DOCUMENT_TOKEN_TO_BE_REPLACED 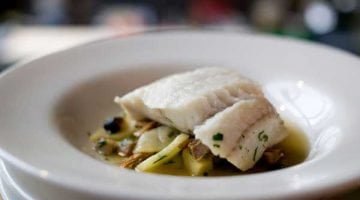 The Luddites were 19th-century English textile artisans, who violently protested against the machinery introduced during the Industrial Revolution. Chef Jason French pays homage to their mascot, Ned Ludd, for whom the movement was named, and cooks everything from a wood-fired oven. No other source of heat is used; it's all very Portland.The kitchen is tightly focused on a … END_OF_DOCUMENT_TOKEN_TO_BE_REPLACED 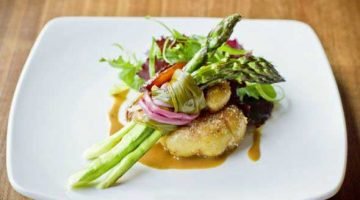 A few notes: On the annual survey, 30 restaurants received substantially more votes that the other nominations. For that reason, I'll limit this list to those. They are listed in reverse, by the number of votes received. The top ten will be in their own special post.25.Wafu – Trent Pierce, previously chef of the much-loved Fin, opened Wafu, a “Japanese style” noodle … END_OF_DOCUMENT_TOKEN_TO_BE_REPLACED