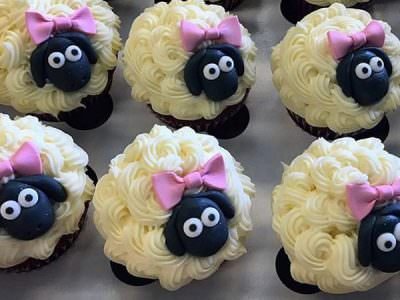 Customers have been unable to get deposits back and employees say they are owed money. KGW reached out to the owner multiple times, and though she responded to text messages, she would not answer questions about why the company closed or if customers who have paid deposits will get their money back.

The store originally opened in 2007 when cupcakes were suddenly a thing. Cupcake Jones was riding on the skirt tales of Saint Cupcake which had been getting loads of media attention. When we reviewed the bakery Lizzy Caston and I weren’t particularly impressed with the space or the cupcakes. In May 2017, original owners Lisa Watson and Peter Shanky sold the business to local TV producer Melissa Jespersen. They also had a branch at NE 14th and Alberta street (now closed) and more recently opened a branch in Vancouver Mall.

If we hear any details about the closure or find out about deposit refunds, I’ll update this story.