I’ve had that damn flu that’s been going around, but I’m coming back to life. It’s time to catch up on all the things I missed!

A few weeks ago I wrote that Maker’s Mark had decided to reduce the alcohol content in it’s whiskey. After public outcry, the company has reversed that decision, and the formula will remain unchanged.  Personally, I’m gonna stick to Four Roses, which I’ve used ever since the bartender at Tasty n Sons recommended it to me. It’s good stuff for the price.

I got a nice note from Serratto about Kirt Fritzler, their bar manager. I thought I’d post it here.

Kurt will never be a celebrity in the foodie circles – he doesn’t blog or do cocktail competitions, but he is a guy who remembers what you last ordered, even if it was months ago.  He has held babies of his regular customers, and then served those same kids 21 years later.  He’s seen celebrities come and go through Serratto (and also back when it was Delfina) and has a story for each sighting.  He is well-read, well-traveled, a family man, an avid photographer, and a great listener.  And he makes a mean drink.  No frou-frou stuff.  He has never sought the limelight, but he is truly beloved by other Portland bartenders, the Serratto staff, and his customers.

This is a guy I’d want working for me; Serratto is lucky to have him. If you are in NW, stop by and say hi to Kurt.

When I was a kid my dad usually carried a flask in his inside coat pocket. Back then, people smoked in offices, and an afternoon cocktail was not uncommon. Those days are long gone, but I had to smile when I saw this – 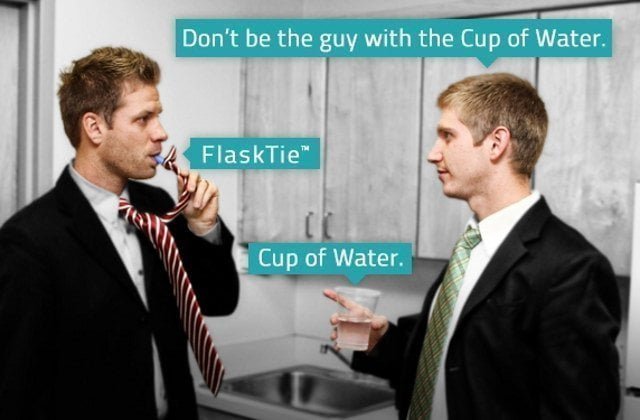 Moving on: the James Beard Awards semifinalists were announced a few weeks ago, followed quickly by an interesting article called “Geography vs. Quality” from Pete Wells of The New York Times.

The trouble with the list is that it doesn’t read like the product of hard decisions. Instead, it looks like the product of a committee made up of people determined to spread the wealth around the country. The list released on Tuesday is not the result of a vote. It was written in a committee room, and reflects the committee’s will. And what’s clear from where those restaurants are located is that the committee is very focused on geographic diversity.

…Now, I haven’t been to all 29 restaurants on this list. Neither have you. Going out on a limb, I’ll wager that nobody has. They’re all new restaurants, after all. So I’m not going to claim that Blanca is a better restaurant than Bluebeard in Indianapolis, or that the NoMad is more worthy than Zacatecas Tacos & Tequila in Albuquerque. But I will guess that Blanca would have been nominated if it had opened in Indianapolis. And I’ll bet there would have been a spot for a New Mexican NoMad, too.

Pete goes on to say that he used to be on the committee that oversees the awards, and at that time there was lots of talk about the way NYC dominated them and what should be done about it. Interesting reading, and as I noted when I wrote the semifinalists post, something just didn’t look right about the nominations. To me, the list appeared to be more about garnering press mentions than picking the best restaurants. Great minds…

More and more coffee shops and bakeries are using the Square payment system, where you can just pay with your phone. If you’ve been able to sign your tab on an iPad, you’ve probably used the system. It’s been very popular with businesses because of the relatively low overhead (2.75% cut) compared with other systems.

Now Square has announced Business in a Box for Square Register. It bundles two square readers, an iPad stand and a cash drawer for $299. All you need is a wireless network and an iPad. Pretty sweet deal.

A hat tip to Portland Monthly for pointing out the site kidchowpdx. Nine year old twin brothers Leo and Soren Westery decided to start a food blog – as POMO points out, not just for kids, but for everyone!

We are kids who believe it’s a myth that kids only like a few bland things. Kids will like all foods if they are exposed to them with good seasonings and flavors. The food has to be fresh, and hopefully organic and local. And above all it has to be tasty.

Chicken Nuggets are not food! No matter how you try to describe them, they are not food. Don’t try to fool us with this chicken nugget stuff. We’ll only go for the chicken tenders made out of real chicken that are usually found on the adult menu. None of this processed kid menu stuff!

Pizza Power. Pizza is great kid food. But it has to be real and good. We don’t just like “cheese” and “pepperoni”. Just because you put cheese and sauce on pizza dough doesn’t mean we like or prefer it. If it’s fresh and made with really tasty ingredients, it will taste different to us because it will taste GOOD.

But these aren’t the only good kid foods. Not even close. We love everything that is tasty. And we love it more if it is fresh, local and organic.

The site is a mix of restaurant and food cart reviews, along with a few recipes, and the style of writing is entertaining:

The Peoples Pig. First of all they make their own buns every day. When we arrived, the kind chef informed us that his food would take time because it was hand made.  And that the time was important for good food. The wonderful pickled onions had been made the day before, and the roles were made that morning.  We loved this place for the pulled pork sandwich. The pulled pork was very juicy and flavorful. The ratios of grilled romaine, pickled onion and deliciously spiced pork was  totally amazing. The pickled onions gave it a nice little acidic crunch.We ate this sandwich like a pack of wolverines, pulling it out of each others’ hands…

How can you not love that! Check out their recipe for “Brussel Tots”.

The Dean and Deluca gourmet food store in Georgetown was shut down a few weeks ago over health violations – rats, roaches and mouse droppings. Ugh. I mention this because one of the Food Dudes were just there, and I’ve shopped at the one in Napa Valley more than a few times. Hmm.

Coffee prices seem to be as volatile as the stock market. In 2010, I wrote that green bean prices were climbing to record highs. In 2012, they dropped way down. These days they are moving up again.  Have you noticed the increase in the price of a cup of coffee? I don’t follow whole bean prices, but it seems like every coffee shop in town is charging more. First, weather issues got the bulk of the blame, but now Guatemalan officials have declared a “coffee emergency” because of the spread of coffee rust fungus, which is affecting 70% of the nation’s crop. “The majority of trees have lost at least four-fifths of their leaves, while a third had no leaves at all.”

The BBC reports that the Guatemalan government has released $14 million in aid to the growers, which will allow them to buy fungicides, and to pay for instructors to show them how to use the sprays. Another hmm…

Willamette Week says that Rodney Muirhead, owner of the ever-popular Podnah’s Pit is opening a bar featuring Tex-Mex food. It will be…

called La Taq next to his barbecue joint on Northeast Killingsworth Street. The kitchen will be “completely separate” from the restaurant, Muirhead says, and will focus on the type of Mexican fare often found at Podnah’s. The bar, also owned by Laika creative director Kirk Kelley, is tentatively slated to open in June. 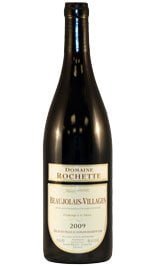 We’re all gonna die! Nine out of ten French wines contain pesticides. According to a study in the wine trade journal Decanter, pesticide residues were found in the vast majority of 300 French Wines. 90 percent of samples contained traces of at least one of the chemicals.

Some wines contained up to nine separate molecules, with ‘anti-rot’ fungicides the most commonly found. These are often applied late in the growing season.

…Since 2008, France’s Ecophyto national plan (involving the study of the ways in which organisms are adapted to their environment) has sought to cut pesticide use by 50% by 2018.

Encouragingly, all of the individual pesticide residues appeared at levels below limits set by the French environmental agency. But some samples turned up with as many as nine separate pesticides. And as I’ve written before, groups of pesticides may have so-called “cocktail” or “synergistic” effects—that is, a pesticide mix may be more toxic than the sum of its parts. As Pascal Chatonnet, head of the research firm that conducted the test of French wines, told Decanter, “There is a worrying lack of research into the accumulation effect, and how the [pesticide] molecules interact with each other.”

Plus, as Chatonnet pointed out to Decanter, “we should not forget that it is not the consumers who are most impacted by this, it is the vineyard workers who are applying the treatments.”

The class of pesticides that showed up most often were fungicides. According to Decanter, vineyards occupy just 3 percent of French farmland, but account for 20 percent of the nation’s overall pesticide use and 80 percent of its fungicide use.

A 2008 study found similar amounts in wines from Australia, South Africa and Chile. Interestingly, the author didn’t find any studies of the pesticide levels in American wines.

I don’t know what the fuss is all about. I’ve worked with a ton of agricultural chemicals, and pruned lots of grapes and fruit trees in my youth, and haven’t suffered any ill effects. Cough.

Last week I was looking at the excellent Edible Portland magazine, and found myself wondering how they can make enough money to give it away free. The next day I was told that publisher Ericka Carlson had been let go due to a lack of funding. According to my sources, the magazine will continue on without her; I hope so, it’s an enjoyable read.

Finally, an interesting email from a reader –

Is red chili pepper the new salt & pepper? Is the balance or ‘social contract’ between chef and diner changing? I am of northern European descent and have inherited rosacea. I need to avoid this spice or suffer (really). Many fair-skinned people have this condition. Chili pepper is ubiquitous now. I find it increasingly hard to eat out without ordering something actually containing chili pepper because menus are now not listing it as an ingredient (quiche at Clyde Common, crab bruschetta at Nostrana, the house ramen at Wafu, creamed spinach at Paley’s Place, various other dishes). It is a powerful ingredient and should not be treated like S & P. Am I expecting too much to have this ingredient listed?

I have mixed feelings about this question. On one hand, I can totally sympathize with her. On the other, I can’t see chefs listing every ingredient in a dish. It’s a slippery slope; every time we try to accommodate a request like this, another one comes along. What do you think?