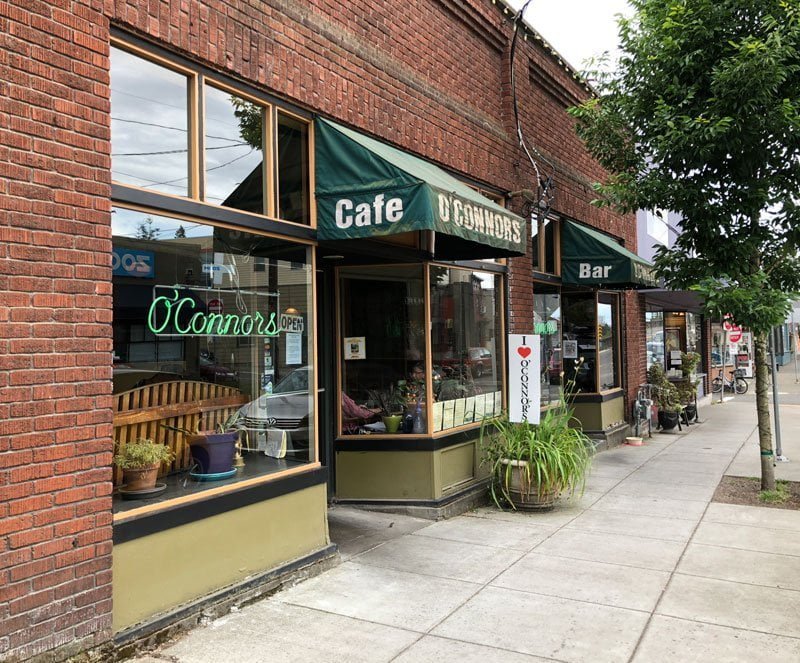 We first reported this rumor back in May: O’Connors Pub in Multnomah Village is closing. Thursday the 31st is their last night. The owner is planning to retire. 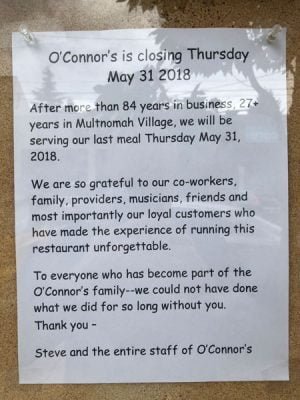 O’Connor’s was first founded in 1934 by Ed O’Connor of Butte, Montana. At that time it was located on SW Washington Street in downtown Portland. In the late 80’s they moved to the old Multnomah Commercial and Savings Bank building in the village. The old bank vault is still in the back of the restaurant. Though the business prospered for many years, the food wasn’t what it used to be.

According to a strong rumor, the restaurant will reopen by different owners and will specialize in high-end-whiskey.

On To Renner’s Grill Rumors

Speaking of Multnomah Village, I peeked into the window of Renner’s Grill to see if they were making progress in repairing the damage from the fire last April. It looks like they are steaming ahead. A lot of work is going on in the interior, and the kitchen and roof has lots of damage to be repaired. I have a feeling they will need to bring it up to current codes before they can reopen. My completely unscientific guess is late July/early August. According to a statement from the owners’ daughter on NextDoor.com, “We have the resources to get staple fixed, it’s just going to take time because of the city. Please bear with us as we are doing everything in OUR power to proceed and a fast pace. Ps.. there has been a lot of backlash that Renners won’t be the same Renners… it will, just prettier. We salvaged mostly everything, can we just be happy that there WILL be Renners standing? After all the building is about 120 years old, it could have been A TON worse”