One of the most deadly spiders in the world has been found in a shipment of bananas at Whole Foods Market in Tulsa. 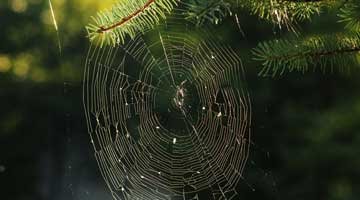 Many articles have been reporting on what many have identified as a deadly Brazilian Wandering Spider found in bananas at a Whole Foods Market. According to Scientific American Magazine, “The spider was given to University of Tulsa Animal Facilities director Terry Childs who said this type of spider kills more people than any other”. Of course this was not the fault of Whole Foods – this could have happened at any store.

Reminds me of a story my dad used to tell me about a spider that lived in latrines in South America. Supposedly, when a man would sit down, the spider would rush over and bite his most private parts, leading to an agonizing death. To this day, in my spider-free condo, I still turn on the bathroom light. Thanks, dad. And of course, there is the time a spider ruined a perfectly good Thai dinner.