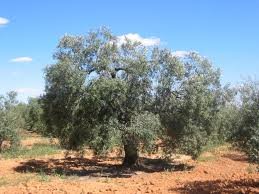 Your Olive Oil May Not Be The Virgin It Claims

In 2007, NPR’s All Things Considered ran a story on adulterated olive oil.

Some oil labeled “extra-virgin” is diluted with cheaper olive oils or other vegetable oils. In some cases, lampante, or “lamp oil,” which is made from spoiled olives fallen from trees, is used, even though it can’t legally be sold as food. One fraud ring is accused of coloring low-grade soy oil and canola oil with industrial chlorophyll, and flavoring it with beta-carotene.

The FDA doesn’t routinely test imported olive oil for adulteration, and some products are difficult to test.

Flash forward to 2010, and a follow-up report on Weekend Edition Sunday finds that little has changed. The University of California at Davis has been testing random samples of imported oil, and two-thirds of them don’t pass the test.

Of course, the North American Olive Oil Association which represents importers claims the testing is bogus.

“It’s irresponsible to create the misperception that they’ve done based on unrecognized tests,” he says. “These results directly contradict our 20 years of more extensive sampling than what those results show.”

There’s never been a legal definition in the U.S. for any grade of olive oil, but mounting concern over truth-in-olive-oil-labeling has drawn in the USDA, and new American regulations will conform to international standards. Starting in October, olive oil from every olive oil-producing country, including America, will be subject to random sampling off retail shelves.

This is the reason you should taste the more expensive olive oils before you buy them. Pastaworks, Foster & Dobbs, and New Seasons offer regular sampling. If you have never made direct comparisons before, you’ll find it an enlightening experience. Not unlike the experience of tasting wine, you will find huge variations between various brands. As in wine tasting, there is even an extensive list of 72 olive oil descriptors in a tasting wheel.

You might feel silly, but the best way to taste is by sucking air through the oil in your mouth, and spitting it out. Wine tasters are well-practiced at this technique. Water and green apples are frequently used to clean the palate between tastes.

Things you don’t want to taste: woody, earthy, rancid, winey, musty, metallic, burnt, etc. More desirable characteristics are fruity, bitter, or pungent. Personally, I tend towards the more robust, peppery varieties for general use, but on salads or vegetables, I look for an oil with smoother qualities.

When it comes down to it, pure or not, what matters the most is taste. But be sure you’ve sampled as many as possible, so you can learn which go the best with different foods. As Darryl from Cork pointed out in a comment, “We strongly recommend our customers taste each time they come in to refill their bottles because even the same oils change in flavor profile over time and when their is a vintage or harvest change”.

Keep your oil in a dark, cool cupboard, away from the heat of the stove. I usually pour some in a small bottle which I keep nearby when I’m cooking.