You are here: Home / Archives for Elizabeth Lopeman

Elizabeth Lopeman recently earned an M.A. in writing from Portland State. She writes book reviews and regular articles for Eugene Magazine and has contributed to various other local and regional publications. She's also been known to write cd liner notes, web content, press releases, and of course her passion -- fiction. You can read more about her at ElizabethLopeman.com 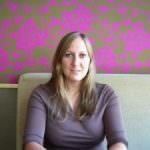 Not only is Portland's Erica Landon award-winning sommelier extremely well educated about the wines she recommends, she continues to make restaurant wine programs some of the best in the state. She's also quite nice. In a male-dominated field with a reputation for snobbery, Landon gracefully keeps her own counsel. … END_OF_DOCUMENT_TOKEN_TO_BE_REPLACED 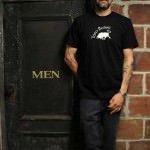 John Gorham, owner of Toro Bravo, Tasty n Sons, Mediterranean Exploration Company and more, sits down with Elizabeth Lopeman "My grandfather was a big foodie. He owned a crab shack in Baltimore and I would go stay for like a month of my summers with him. He was a bachelor who always had a new girlfriend so he was … END_OF_DOCUMENT_TOKEN_TO_BE_REPLACED 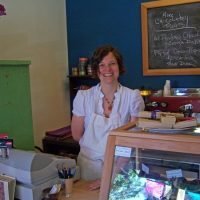 Gold and Chocolate Hart - Sarah Hart of Alma Chocolate makes religious icons you can sink your teeth into Note - Alma Chocolate was sold to Moonstruck Chocolates in Summer 2018. "My dad was a Presbyterian minister and he was a civil rights activist and really conscious of the unrest over Vietnam, so social … END_OF_DOCUMENT_TOKEN_TO_BE_REPLACED

Best Coconut Waters Updated 9.23.19 - added Maui & Son's. Full change list at bottom. What are the best coconut waters? Judging by the amount of shelf space devoted to them in grocery stores, coconut water is a popular item. Not being a huge … END_OF_DOCUMENT_TOKEN_TO_BE_REPLACED